New earthquake in the Chianti area

September the 13th, at 3.04 a.m. local time, an earthquake of magnitude ML=3.7 occurred few kilometers from Greve in Chianti (FI).  The Chianti area is  experiencing a seismic sequence since last december resulting in a total amount of more than 500 events. All the available information are collected in this post of INGVTerremoti.

Here you can find the record of the SEP educational seismometer installed in our department in Pisa, whose signal is acquired through a Raspberry Pi. 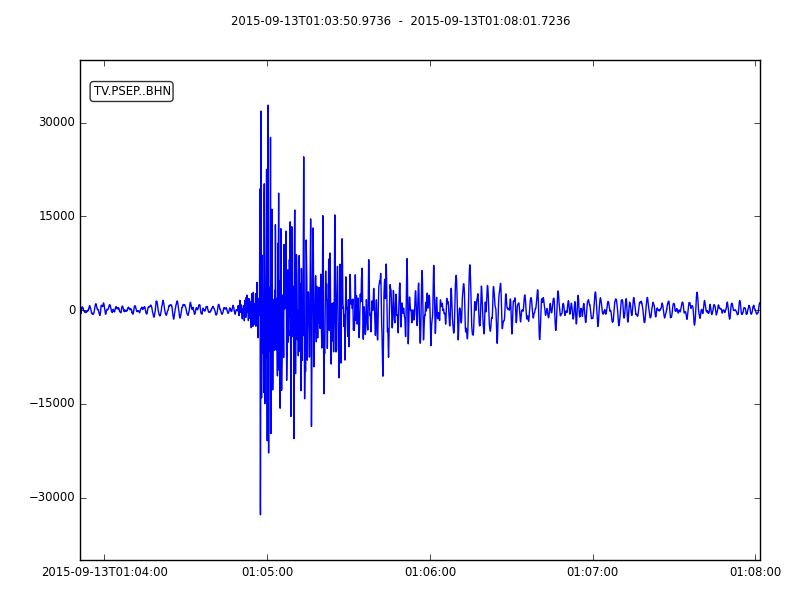 The SEP seismometer is a horizontal pendulum. Despite P waves shake the ground with a prevalent vertical direction, the signal shows the first arrival record. On the other hand S waves, recorded almost 9 seconds after P waves, are well captured by the seismic sensor.

The SEP pendulum is an educational non-calibrated instrument. However, at the same time, a professional Guralp CMG-6TD station was operating few meters from the SEP. Here we show the three components of ground motion in the figure below where the HHZ, HHN and HHE stand for the vertical, North-South and East-West components, respectively.

The vertical trace (HHZ) shows a clear P wave first arrival. By qualitatively comparing the North-South traces of the two seismometer (BHZ and HHZ for the SEP and Guralp instrument, respectively) we notice that the waveforms are quite similar, despite being sensed and recorded by devices with different techical specifications. For us it is a confirmation that the SEP seismometer is a good instrument with high potential in educational projects.