Our experience at the Maker Faire Rome 2015 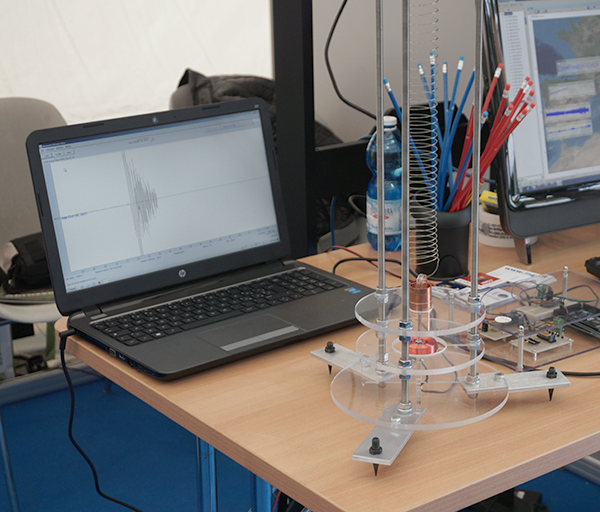 Coming back from three overwhelming days passed at Rome Maker Faire 2015, visited by more than 100,000 people, we would like to share our experience. This year we were representing INGV, acknowledged as official Partner. The low cost seismic station project we usually talk about in this blog was accompanied, at the booth 12 in Hall I, by a drone equipped with instruments for sampling of volcanic areas completely designed and built by “Laboratorio nuove tecnologie e strumenti” (INGV Rome), by a 3D DEM print of Colli Albani area suitable for visually impaired people, and finally by the real-time connection with INGV earthquake and tsunami monitoring room.

Here the booth INGV before the opening: the limited space was equally distributed among the various activities presented. 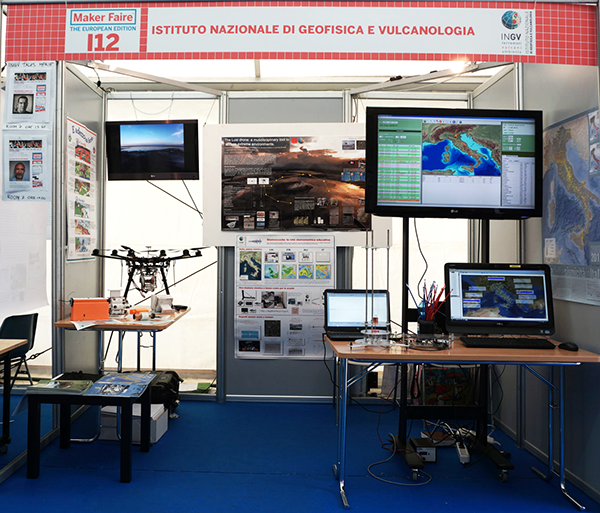 The organizers of the Maker Faire Rome (Asset Camera, and we thank them) included INGV in the program packed of events, talks and hands on activities, allowing us 4 talks to tell about our projects and experiences. Here is a picture of Alessandro Amato talking about catfish, pigs and turtles, an interlude in his seminar on the development of methods for measuring earthquakes. 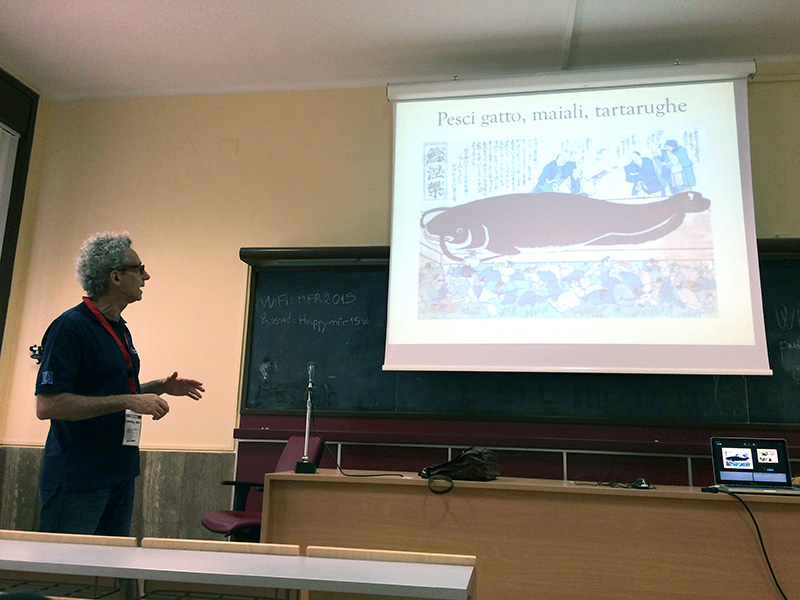 At our booth we tried to answer the questions of visitors of all ages. Many children impersonated “little earthquakes” to see their shaking recorded by the seismometer! Certainly, they are the more curious and demanding audience and also the most careful listeners.

We told them how to correctly behave in case of an earthquake, and we hope that all of them bring to school the posters we gave them! Some were intrigued by the functioning of the Slinky seismometer. Carlo patiently explained the principles of seismometry and the problems of the recording and digitization of signals at seismic frequencies.

A major attraction of the INGV booth was the drone and the movies made during flights on the Lusi mud volcano in Indonesia. The drone is based on commercial components and can accommodate a payload of 2 kg for 15 minutes of flight time. Among the instruments designed by Giovanni e Giuseppe there were a Geiger counter, a gas sampler, a small cup for sampling the soil gently dropped down by a winch, and a probe for measuring the temperature in telemetry. 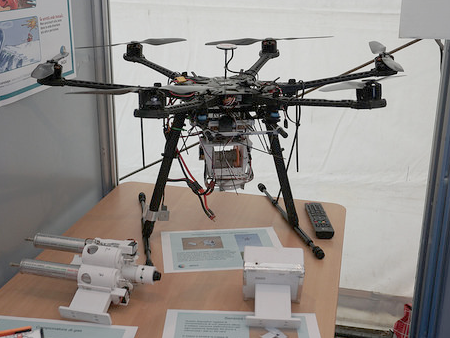 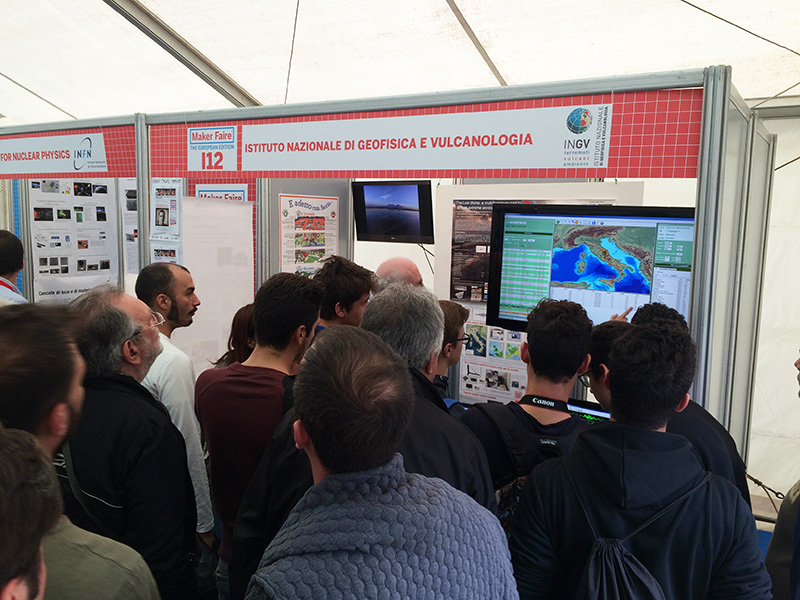 The booth stormed by the public.

Colli Albani inhabitants and children (always them) were attracted  by the 3D print of Colli Albani DEM. They could easily realize that they live near a volcanic complex much bigger than they could imagine!

And what about the real-time connection with the seismic room? The amazement of people when they realized that every day Italy is hit by many earthquakes occurring “just now?!?”. Showing recorded waveforms we explained what are earthquakes, how waves propagate, how earthquakes are located, trying to debunk many “buffaloes” and reminding that PREVENTION and PREPAREDNESS are crucial key-points to protect us from earthquakes. 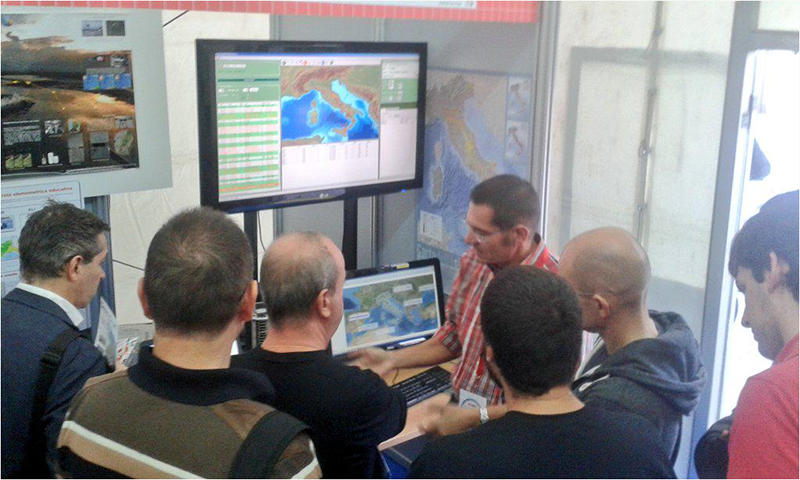 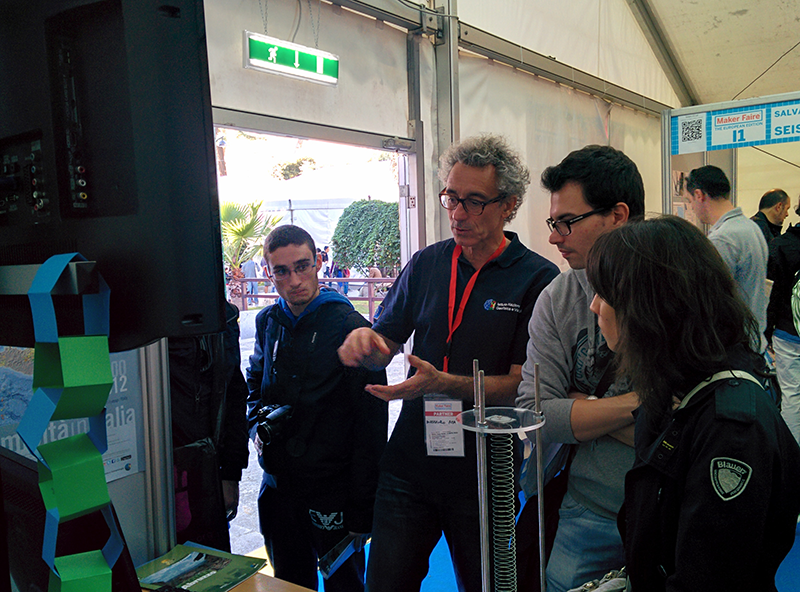 A tireless Alessandro talks about the propagation of seismic waves 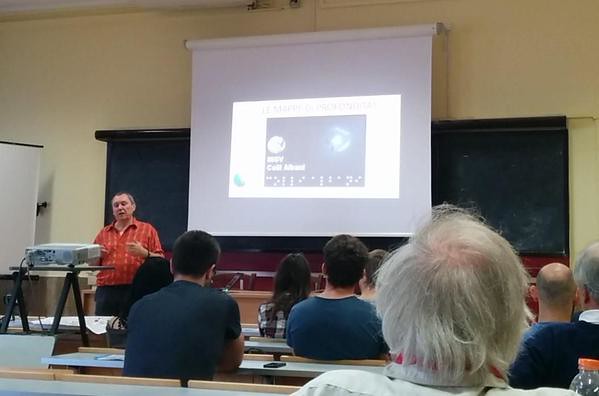