Earthquakes along the northern Tuscan coast 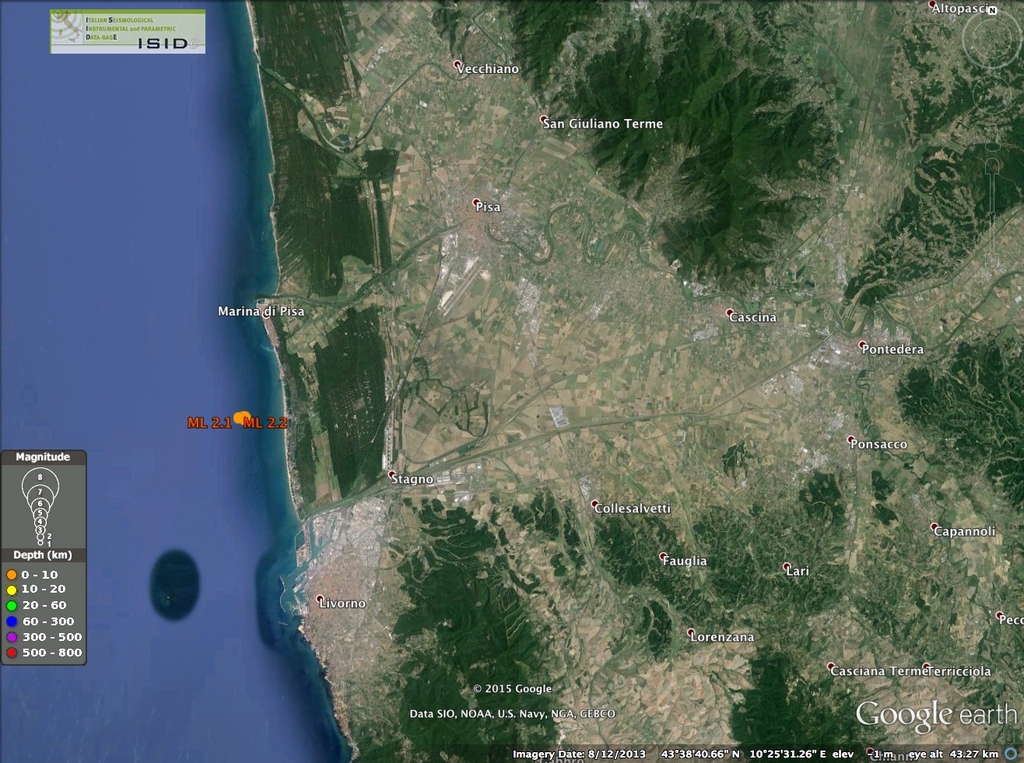 What about our stations?

The SEP was able to record the two biggest quakes. The waveforms, high pass filtered at 1 Hz, are shown below. In the figures, the abscissa axis starts at time origin of earthquakes. The traces of the two events are very similar and differ only because the amplitude is greater for the larger event. In both cases the P wave reaches the seismic station in Pisa, via  della Faggiola, after about 7 seconds. The arrival of the S waves, which we expect to follow the P waves after 2-3 seconds, unfortunately, is not very evident in the traces.

Let’s look at the recording of the first event at the National Seismic Network PII station installed inside the Certosa di Calci. PII is a 3 component station but we only show the horizontal component N, the same as the SEP. The arrival of the P and S waves and are here well-marked, allowing us to make a rough estimate of the distance between Certosa di Calci and the earthquake: $ latex t_s-t_p \ simeq $ 3 s, corresponding to a distance around 24 km.