On December 7th, our educational seismometer SEP registered the  magnitude Mw 6.9 earthquake occurred in Tajikistan at 7:50 UTC. Tajikistan lies in a geodynamic context where the Indian plate is moving northward with a velocity of about 37 mm/year. 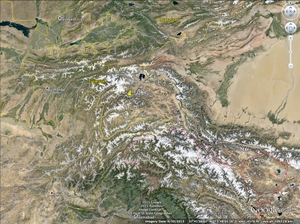 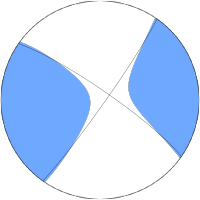 This earthquake occurred along a stike-slip fault within the crust of the Eurasian plate. The focal mechanism indicates that the rupture might have occurred either along a NW-SE right lateral or a NE-SW left lateral strike slip fault (source: USGS).The earthquake epicenter is located several hundred kilometers north of India, along the Eurasian plate boundary, in the Pamir Mountains. The collision of these two plates drives the tectonics of the broad region surrounding the Himalayas and Tibet, and is responsible for the uplift of the highest mountain ranges in the world, among which the Himalayas, the Karakoram, the Pamir and the Hindu Kush. We had already talked about this in the article we wrote for the magnitude Mw 7.5 earthquake that took place in Afghanistan on October 26. Over the last century, 18 earthquakes with a magnitude of Mw 6.5 or higher have been recorded within 250 km of distance from this epicenter. Since theses earthquakes happen in remote areas, casualties are not frequent (although phenomena such as landslides triggered by the earthquake can cause problems).

The earthquake’s epicenter is about 5150 km away from Pisa, corresponding to 46.35 degrees of angular distance. As shown in the figure below where one hour of recording from the time origin of the earthquake is plotted, the first arrival is the P wave after 8 and half minutes. After about 28 minutes we can see a change in the frequency of the recorded signal corresponding to the surface waves arrival. A rough estimate of the surface wave velocity provides

3.0 km/s, in good agreement with the expected values.